Edit: We’ve released a hotfix, tS version 12.1.1. I’ve updated the links below to refer to the latest build.

We are pleased announce the availability of translationStudio Desktop version 12.1.1!

The hotfixes in 12.1.1 were aimed at fixing some installation problems on Windows and Mac. A few other bugs were fixed, you can see the full list at Release 12.1.1 · unfoldingWord-dev/ts-desktop · GitHub.

We added support for accessing translationAcademy in the Gateway Languages that are published in the Door43 Catalog. Currently this includes English and 5 Gateway Languages (Croatian, Oriya, Hindi, Gujarati, Marathi, see the latest list here).

Included in this feature is the ability to download updates and new translations of unfoldingWord® Translation Academy as they become available.

See the following graphics that illustrate this feature.

Opening tA from a contextual link:

Opening tA from a contextual link when the translation of tA has not yet been downloaded:

There was a bug in the 12.0 release that broke the export to PDF feature, that has been fixed in this release.

Copy and Paste on Mac

The 12.0 release also had a copy and paste bug in the Mac edition that we fixed in this release.

If you are encountering issues uploading to Door43 you will need to logout of your account in translationStudio and log back in. After that you should be able to upload as expected.

You might see any of the following error messages: 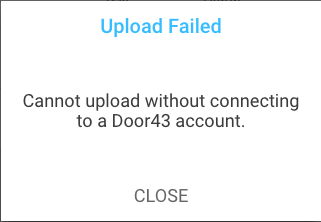 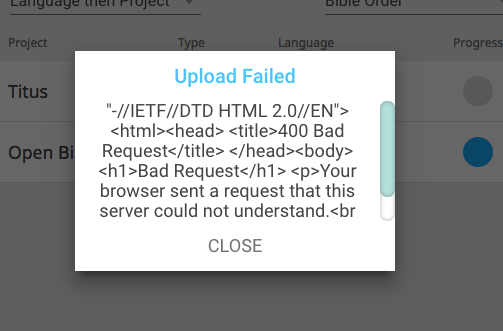 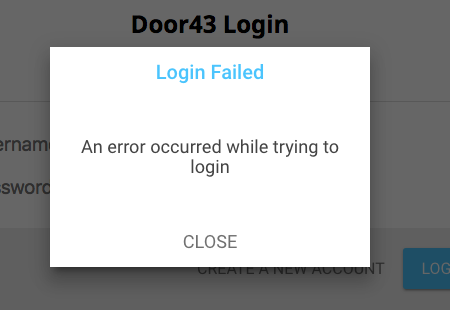 The underlying issue on the server was resolved as of November 14 at 2:30PM Eastern time. If you had tried logging out and logging back in before that point, it would not have worked. Now, however, performing these steps will fix the problem for you.