And if successful, you should see this output from the DCS web service which then waits for a web browser request: 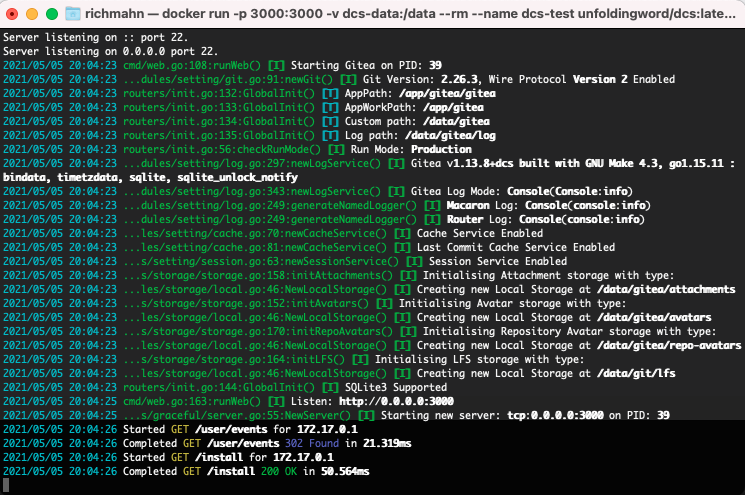 You can just keep everything as-is and click the install button at the bottom. You should be asked to sign in.
5. You need to create a user, so create one with the “Register” button, making the username root or admin. The first user created is the admin user and at this point, no user exists.
6. Now that you created your first user, make some orgs, repos, tokens, users (the latter through the Site Administration option from the drop-down menu at the top right with your avatar), or whatever you want for how you want it to be when you start DCS.
7. Now with DCS like you want it to always be when you start it up for testing, we need to stop the container from running and do some terminal work! Here are the steps:

Let’s dissect the second command. docker run creates a new container, that much is obvious. After that: